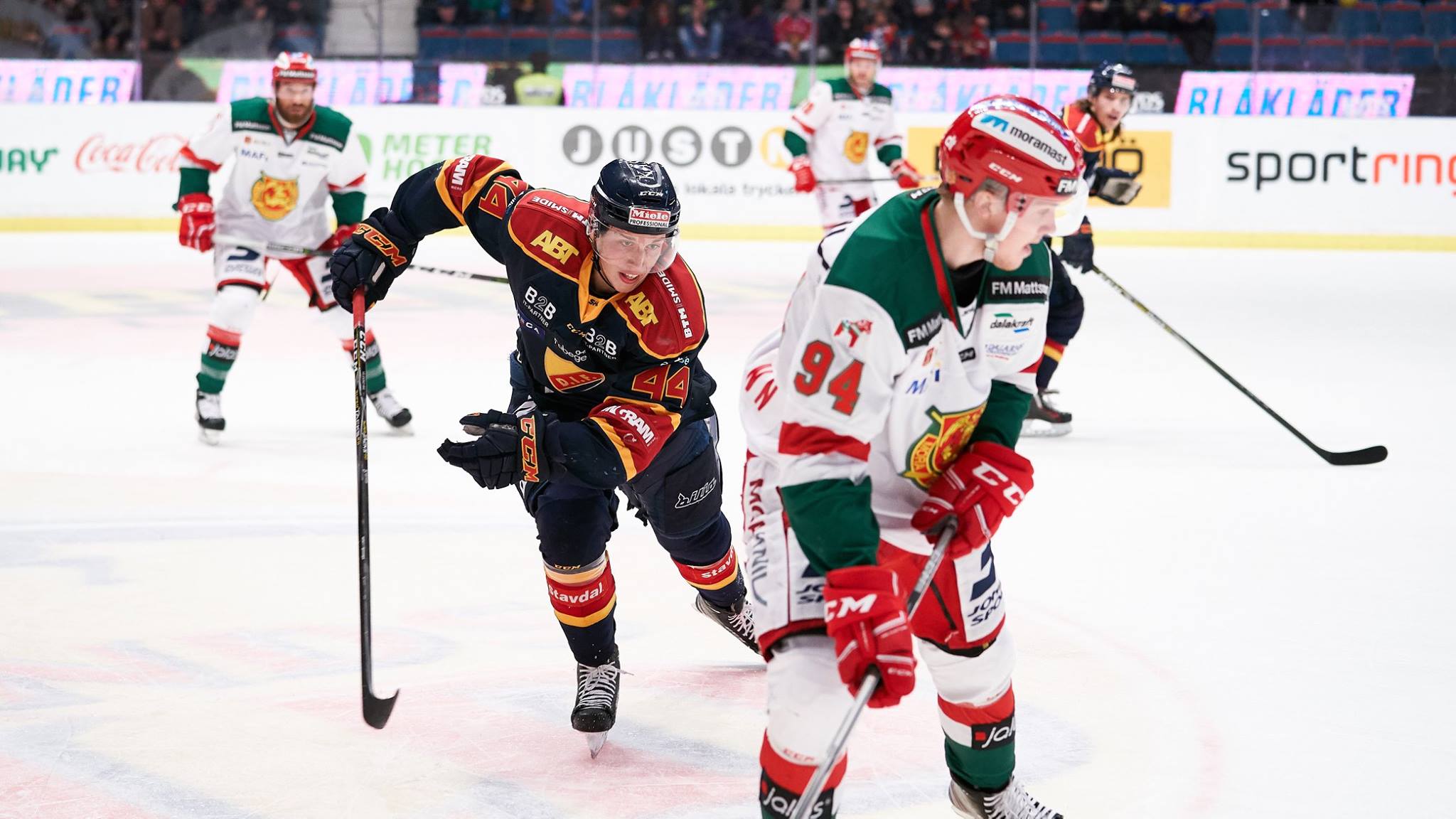 Lukas Vejdemo: From an Unknown to a Top Prospect

It took just two shots on goal and 12:53 into the first game of the season for Lukas Vejdemo to score his first career Swedish Hockey League goal. 26 games later, and Vejdemo is the youngest player in the top-10 of SHL rookie scoring with 11 points. 9 of 11 points have come in his last 13 games.

Perhaps even more exciting has been Vejdemo’s role on the Djurgården, a middle of the table team. In the most recent 13 games, he has seen his average time on ice increase from 11 and a half minutes to 13 and a half minutes. While he rarely receives special teams time, at a five-on-five, he has been listed on the first line. Markus Ljungh and Robin Alverez, Vejdemo’s linemates from the first game this year, are both on pace to set career-highs in the SHL, partly due to Vejdemo’s play.

The 19-year-old centre-turned-right-wing has proven to be a tremendous competitor. After missing much of his draft year (2013-2014) due to injury, he went unselected. Clearly not discouraged, last year Vejdemo led the J20 SuperElit in points-per-game and was named the MVP of the playoffs. Montreal nabbed Vejdemo 87th at the draft in a surprising selection as little was known about the forward.

Vejdemo’s high-end hockey sense, which is arguably the most important asset a player can have, has carried over to the SHL, making him an impactful forward at both ends of the rink. While lanky and lacking lower body strength, the tenacious Swede routinely wins board battles. He utilizes the uncanny ability to knock pucks loose, unique routes in footraces, and excellent body position to win and maintain possession.

One area of Vejdemo’s game that really reached another level in recent games is puck carrying. At the J20 level his ability to carry the puck out of the defensive zone, through the neutral zone, and into the offensive zone is perhaps what made him such a dominant point producer.

Check out some of these clips here:

At the SHL, Vejdemo is touching the puck more often and demonstrating the confidence to circle back in his own zone and lead a rush. Combining a smooth top-end gear, above-average stickhandling ability, and eyes that are always scanning for options, Vejdemo excels at rushing the puck.

Defensively, the Stockholm, Sweden native is advanced for his age, showing awareness and poise. The trio of Alvarez-Ljungh-Vejdemo are often utilized as a shutdown line, tasked with heavy minutes. However, often gets taken off the line in crucial situations. While he could stand to me more aggressive in attacking the points, he helps out the defencemen and rarely gets caught flatfooted.

With eight assists on the year, playmaking has been the point-getter for Vejdemo. However, he has just three primary assists on the year. Vejdemo is not a high-end playmaker, but distributes the puck effectively with short, quick passes.

One area where Vejdemo could really stand to improve is getting shots on goal. With just 33 shots on goal all year, he needs to get the puck on net more often. He owns a fairly good shot, but his upside as a goalscorer is mostly quick finishing in tight. Although he certainly fights for space along the boards, he hasn’t been as aggressive around the goalmouth. Not generating shots is quite common for younger players in a men’s league, so it’s not too much of a concern at this point.

By no means is Vejdemo a flashy player, but yet he is extremely effective. Instead of toe-drags and fancy dangles, he prefers pushes the puck in an area where the defender can’t reach and winning the footrace; instead of long-range passes, he prefers short passes that keep both him and the recipient in motion. Often times he’s simply the benefactor of being in the right place at the right time. The puck seems to follow him around the ice, and he is seemingly always open for a pass. These are the traits of a highly smart player.

This straightforward style has allowed Vejdemo to emerge as an integral member of Djurgården as a 19-year-old rookie, just half a year reformed from being selected in the third round as a re-entry. An impressive development curve.

There is more good news for Vejdemo: He was named to the preliminary roster for Team Sweden’s U20 World Junior Squad. The team has two forward cuts to go, and Anton Karlsson went down with injury. With the ability to play all three forward positions, Vejdemo looks be all but a lock for the roster. This could really put the surprise 2015 third rounder on most Habs fans radar, especially if he performs well.

In the span of six months, Vejdemo rose from virtually obscurity to now being one of the Montreal Canadiens best prospects. With such an excellent skill set, there’s no doubt the best has yet to come for Lukas Vejdemo.